The Case Against Florence Maybrick

The story of Florence Maybrick in the late 19th century fascinated Victorian audiences.  Was she a vile poisoner or a Victorian victim? Because she was an American by birth, the case ended up involving the US press as well as the US government, as her lawyers worked frantically to get her sentence either commuted or overturned. 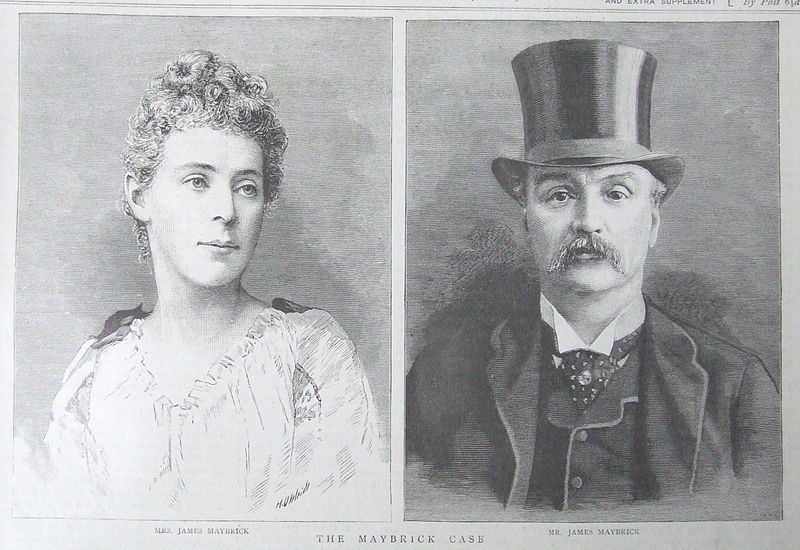 
Parents:  William George Chandler, a banker and one-time mayor of Mobile, and the Baroness von Roques.


Background:  Florence’s father died when she was a baby.  Her mother married twice more, the final time to a German baron. Florence grew up in Europe, educated privately by governesses, spoke French and German fluently. She was pretty, vivacious and sophisticated.


Profession:  Cotton Broker.  His business required him to travel regularly to the United States.  In 1871, he settled for a time in Norfolk, VA, to establish a branch office of his company.


Background:  In March of 1880, Florence Chandler met James Maybrick on a ship from New York to Liverpool, England.  When the boat docked 8 days later, they were engaged. Florence was 18 and James was 42.  The two were an odd couple. While Florence was petite with dark, wavy hair and big blue eyes, James was portly with florid cheeks, typical middle-aged Englishman.   Despite their age difference, the couple was wed over a year later on July 27, 1881 at St. James Church, Piccadilly in London. For three years, the couple divided their time between Norfolk and Liverpool before settling permanently in Liverpool.

The couple had two children, a son named James Chandler known as “Bobo” and a daughter Gladys Evelyn. They moved into Battlecrease House in a suburb of Liverpool, a huge house that had over twenty rooms.  By necessity (Florence wasn’t going to clean those rooms herself!), they employed a gaggle of servants including two maids, a nanny, a nursemaid, a footman etc. Florence had no close friends in Liverpool, although she led an active social life with parties, teas, benefits, and charity dances.  Her husband’s family was suspicious of her and her mother, considering them to be adventuresses.  Her husband’s ex-fiancée and her two sisters came and went freely from the Maybrick home.

Florence had no idea how to deal with servants or how to run a household.  She and her mother had led a peripatetic existence in Europe and the United States, never settling anywhere for long, because of their finances.  She had no idea how to budget.  When her husband was having financial difficulties, he put her on allowance of £7 a week, out of which she had to pay the bills as well as the servants.  Florence borrowed money from money lenders in order to pay creditors which left her increasingly in debt. She lived in fear of her husband finding out exactly how much money she owed.

After 5 years of marriage, Florence discovered that James not only had a long-term mistress, but they also had several children. As soon as Florence found out about Maybrick’s mistress, she stopped sleeping with him.  Lonely and wanting a little romance, Florence began an affair with a businessman named Alfred Brierly but the affair was short-lived. When Maybrick discovered her affair, there was a violent row during which Maybrick assaulted her. Divorce was impossible. While Maybrick would have been able to divorce Florence for her adultery, Florence would have had to prove not only adultery but cruelty, desertion or incest for her to obtain a divorce.   Maybrick might have been able to take her children from her, and if he divorced her for adultery, he was not obliged to support her.


Death:
James Maybrick’s health deteriorated suddenly in April of 1889, and he died fifteen days later on May 11. His brothers were immediately suspicious as to the cause of death and had his body examined. After an inquest, at the age of 27, Florence was arrested for the murder of her husband. Florence was tried at St. George’s Hall, Liverpool before Justice James Fitzjames Stephen, and convicted and sentenced to hang.

There was never a chance that Florence was going to get a fair trial. The case against her was complicated by intrigue, adultery and drug abuse, and the British establishment was convinced of her guilt.
Whether or not Florence is an innocent victim or a cold-blooded killer, she should not have been convicted because:


·         The doctors could not agree on how James Maybrick died.  One doctor thought it was arsenic poisoning, another thought it might have gastroenteritis.
·         Maybrick didn’t have enough arsenic in his system at the time of his death to kill him.
·         She was the victim of the Victorian double-standard.  While her affair was broadcast in court and her letters published in the newspapers, Maybrick’s affairs were given short shrift.
·         Arsenic was everywhere in the Maybrick house, most household cleaners used it as did many medicines at the time.
·         A city chemist testified that he had supplied Maybrick with quantities of arsenic over a lengthy period of time.
·         James was a hypochondriac and drug addict.  He’d become addicted to arsenic and morphine after being treated for malaria.  Both drugs were also considered to be aphrodisiacs in the 19th century.
·         Florence had very little motive to kill her husband.  In her husband’s will, she and the children were left with very little.  She would have been better off with him alive but legally separated.
·         The infamous double standard was applied to their behavior. While Florence’s affair with Brierly was known and talked about in court, her husband’s affairs were treated lightly as if they were of no consequence.
The evidence against her:

Innocent or Guilty – You decide


Personally I think that Florence was innocent.  She was beautiful but flighty; I don’t think that she was smart enough to come up with a plan to kill her husband.  Although the marriage had gone sour, the two had reconciled before his death.  Florence admitted in court that she had put arsenic in her husband’s meat juice but insisted that Maybrick had asked her to.  There was also way too much arsenic in the house, none of it concealed. Of course it is entirely possible that Florence counted on that fact becoming known.  Unfortunately for Florence, her husband’s family never liked her, and was more than eager to blame her for James’s death.  Maybrick had a long history of abusing drugs and poisons such as arsenic.  It is conceivable and more than likely that his body just couldn’t take it anymore which lead to his death.

Both the Maybricks were fairly unpleasant people, but your verdict is probably correct. Most, if not all, modern-day crime historians seem to think Florence was innocent.

It's one of those enigmatic cases where it's hard to know the truth for a certainty, but there's no question that she deserved an acquittal. She was probably innocent, as well, but that seems a bit less definite.

By the way, did you know that a few years ago a forged "diary" emerged that supposedly proved James Maybrick was Jack the Ripper? It was a quite ridiculous bit of business, but some JTR sites still name him as a suspect...

I did read that, and I found it interesting. I found it totally implausible but of course there are people who do believe it.

Thanks for this posting.
Your blog is very knowledgeable!! Keep it always updated.
divorce lawyers liverpool 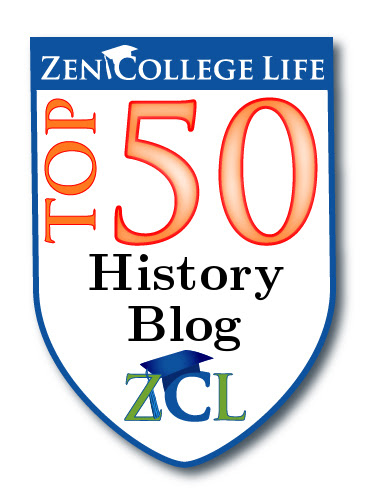